How you can help permanently improve property taxes

Scroll down to see a video overview of this info

Send an email and call Morgan Meyer, the chairperson for the Ways and Means Committee (contact info below).

HB 2403 What it does: Eliminates loophole used to rig elections for the appraisal district board of directors election

HB 2311 What it does: Creates a better homestead exemption so values can only be increased by 5%

Send an email and call Harold Dutton, the chairperson for the Education Committee (contact info below).

Say this: Please schedule a hearing on House Bill 2944

HB 2944 What it does: Curtails State pressure on appraisal districts to artificially inflate values

Posted in How-to, Property Tax
no comments yet

How emergency preparedness features in your house affect your property value.

After last week's crazy-snow-apocalypse without water and electricity for days on end, we’re all asking ourselves what can we do differently to prepare so we can avoid or mitigate against those kinds of situations in the future? The price tags for some of these features are really really high. So the question is “If we can spend money on these emergency preparedness items, will it increase the property value? For how much?”

3 Factors That Influence Your Property Value:

2 - How real estate is valued in general.

You will get a little more out of your home. It will increase the property value but just wouldn't be as much as what you spend on your home. This is just something to justify the decision-making process like preparing for the next emergency.

"This is not the only factor you should consider. Family safety has to come above profit."

Power is never going to be shut off if a property is near a hospital. House values near hospitals are going to increase tremendously this week because we are all driven emotionally from the pain of last week. People will do whatever they can to avoid that and if we can avoid that by making some simple decisions then we’re going to do that. And the emotion of that is really high. I just have a feeling that 3 or 4 weeks of 7-degree weather is not going to have the same emotional impact to drive that decision-making power that will increase your home value substantially. Buying a home near a hospital is a good decision for you and your family. Stay in the logical zone and make sure that you're making logical decisions in your next home purchase.

It goes to the decisions that the City Municipalities are making. They got pretty good tax exemptions themselves. It's just what they voted in, what their city decided that they could survive off. That's going to depend really more on the budgets for the little areas that received that property tax revenue. If they can survive on less then they don't have to generate as much property tax revenue.

Posted in Basics, Financial Advice, Preparing to Sell
no comments yet

Chandler found this article through our electricity partner and thought it was vital information to share.

There is a lot of misinformation out there about what happened during the recent Texas freeze with power outages and what is happening now.

(Don’t use automatic payments with your provider, she was on a wholesale pricing plan, those on fixed-pricing don’t need to worry)

While we understand the frustration and confusion, Energy Ogre CEO Jesson Bradshaw who has been in the electricity industry for over 20 years can share his unbiased thoughts, what actually transpired and what consumers need to know.

Below are some answers he has directly addressed for Energy Ogre members and others asking for answers. He is available to your audience either live or online should you like to have a conversation. We have a blog post addressing many of these questions here.

Feel free to use clips from Jesson’s interview here as we have provided unedited footage for your use: https://drive.google.com/file/d/10XQX-Na0GnN8ONRid-71c6njaluAtegh/view?usp=sharing

About Our Relationship with Energy Ogre:

Energy Ogre uses an advanced algorithm to help people find the lowest electricity cost for only $10/mo. When you sign up through our this link, you get a free month. Chandler personal uses Energy Ogre to save hundreds on his electric bill.

Posted in Community
no comments yet

View More
Posted in Property Tax
no comments yet

14 Property Tax Warts that Should be ILLEGAL

CONCLUSION 36:14 How I can afford to do this

There are little nuances and loopholes in the law that politicians and taxing entities use to increase your taxes.

This blog post is a compilation of different concerns people bring to me (in their own words) identifying these issues.

I cannot vouch for the validity of these comments. I just feel that this is an important conversation and these concerns need to be brought to light and affirmed then fought or debunked and dismissed.

Anticipation Notes are the new product for getting around the Voter-Approval Tax rate.

In light of the restrictions placed on local government entities by the recent passing of legislation, bond counsels and bond dealers have discovered a new way of using Anticipation notes to fill local government entities need to fund expanding government.  Bond counsel, like Bickerstaff’s David Mendez, are advising local government entities to forego the traditional pay-as-you-go approach to budgeting and begin using M&O funds -Anticipation notes- to pay for items that Mendez calls "routine capital items." According to him, these are things like "law enforcement vehicles," "gravel and road base material," "computers, or office equipment." This clever loophole allows local entities the ability to spend over the Voter-Approval rate and not be subject to a rollback election. Here is an article in the August 2020 Texas County Progress, titled ‘Using Anticipation Notes to Finance Capital Expenditures’ by David Mendez explaining it. https://dashboard.mazsystems.com/webreader/68481?page=20

Because the Voter-Approval rate does not take the Debt Service rate into account, entities can borrow as much money as the want each year as long as the financial market sees fit. And because Anticipation notes repayments can be back-end loaded, governing bodies can issue notes that do not hit taxpayers’ pocketbooks until years after they are passed. Or in the case of Aransas County, 5 years. How can taxpayers be expected to hold elected officials accountable for their actions when the actions took place 5 years prior, and the required notification was an agenda item on a 72-hour meeting announcement?

The Legislature tried to help local citizens get government spending under control. Instead, I fear, what it really did was lead us more down the path of debt slavery.

I have some issues with all the Special Local Law districts, created legislatively with little or no accountability to residents or the Counties and Municipalities they were created within.

They are another way to hide true costs of taxes from homeowners. Some of these assessments are as high as $5000/year to an individual homeowner. Additionally administrative costs can be increased each year.  http://www.texas-statutes.com/special-district-local-laws-code

Can be funded by an ad valorem tax (MUD) or assessment (PID). Usually created by State Legislature or Texas Commission on Environmental Quality.

They are usually administered by law firms.

At issue is assessment and notification of buyers at contract, and cost controls in future years.

Take a look at this MMD document that “shall be” attached to home purchase contracts. This is from the MMD I just got out of. It contains a decent explanation. Many don’t see it until Title/Closing, which is typically too late. If used as designed and specified buyers would be fully aware and there would be NO issue with notification. Approximately 70% of buyers don’t recall being informed.

It’s still a government COST to buyers with little to no accountability or control of increases. It’s also lien-able if not paid.

Homebuyers who sell to others MUST disclose, but builders and developers typically don’t.

The Texas legislature isn't going to pass anything to help unless you and I let our representatives know what we care about. Everything except property tax is getting attention this year. Thank God Robert Montoya is bringing property tax issues to the forefront. He just published an interview with Chandler in this article and does a great job revealing the massive problem we're up against.

I Can't Afford My House Payment. What are my options?

My tax bill is too high. I can’t afford the house!!!

Have more ideas? We want to share them. Please email them to us at chandler@chandlercrouch.net 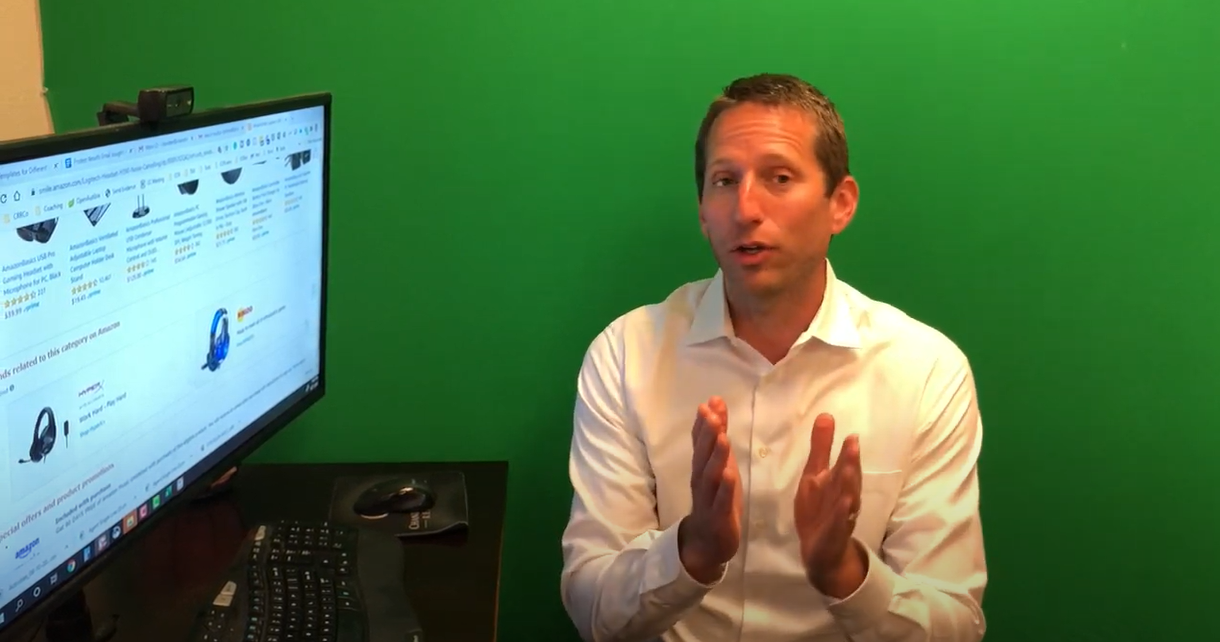 We are at the final stage of this year's tax protest. Everybody's tax protest results will be available soon.

TAD's sent a little yellow postcard with a web address and it means ABSOLUTELY NOTHING! It has caused unnecessary stress and concern to everybody. It was part of the SP2 bill that was passed.

TAD was required to provide transparency into who receives the money when you pay your tax bill. That website is an attempt to give you an idea of where you're money is going to and what you can do if you want to protest the tax rate.

I've got videos here that explain how you can go about protesting the tax rate.

There's nothing to be concerned about. The website they made is good but they just need to work on the bugs out of it. It seems to be changing every now and then.

We will get your protest results soon and just watch your email. We should have it on your inbox in about a week.

Why So Many Protests in Tarrant County

Why So Many Protests in Tarrant County

The number of protests per county have increased dramatically, but why has Tarrant increased so much more than other counties? The issue is gaining attention.

Here are the numbers. This is the percentage increase per county since 2015:

Seriously? What's up with that?"

(Posted on Facebook by TAD Board Member Rich DeOtte)

Here is a link to his research

I've been trying to objectively consider this.

Increased protests may be an indication of a good thing or bad thing.

Regardless, I wholeheartedly agree that answering the question about the cause of increased protests is among the most important tasks that TAD can focus on, and it is of high public interest. TAD is considering an audit to reveal the cause.

TAD has received glowing reports/audits of various kinds (eg financial, cyber security). If TAD's increased protests are an indication of uniquely good appraisal practices, they should be proud and wear their protest numbers as a badge of honor because they are doing a public service by helping owners that are being mistreated because of the flawed property tax code that TAD is forced to abide by.

If you believe the Tidwell Weaver audit, the increase could be evidence of a persisting significant dysfunction that cannot be ignored.

These are the theories I've heard that people have used to explain the increase. I can easily dismiss many, however until someone seeks to find the answer, nobody will really know:

Why do you think so many more people protest in Tarrant County than anywhere else?