For Sale By Owner VS Realtor

Real Estate Commissions Aren't Cheap, But Are They Worth It?

A new independent study by Collateral Analytics shows that Realtors are indeed worth their commission, generally speaking.

The study concludes that successful "For Sale By Owner" (FSBO) sellers achieve prices significantly below those from similar properties sold by a Realtor. The study does not take into account sales that were first attempted as FSBO then switched to a Realtor due to an unsuccessful FSBO attempt.

Something that doesn't appear to be taken into consideration by the study is the extra benefit of having someone deal with contracts, negotiate, and field dozens of interactions with inspectors, title company, lender, and the opposing party to the transaction. It's important to acknowledge that not every agent provides a service as valuable as what they charge, however, they do on average. This means that if you do your homework and hire an above average agent, you are likely to get a better than average return on your money hiring a Realtor.

Several cities were studied. The conclusions were the same in every location. See below for the graph showing the findings of the Pheonix area study.

The study can be seen in its entirety here: http://collateralanalytics.com/saving-real-estate-commissions-at-any-price/ 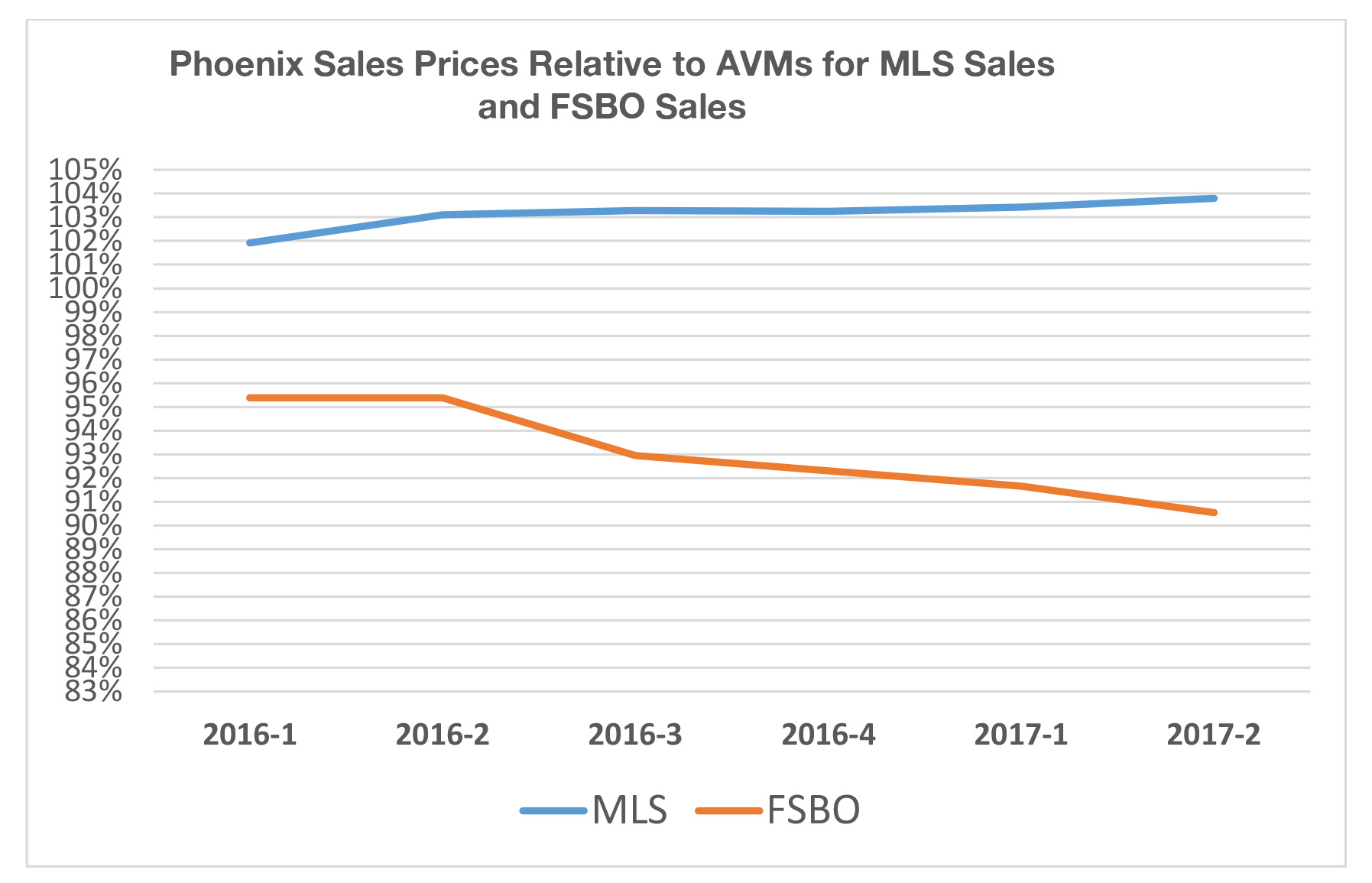